Marlyn “Mars” Hill kept calling; a father, student and Sacramentan, 36, with a dream.

Mars has been seeking business partners. One of Hacker Lab's first Pathways scholarship cohort, which launched last fall, Mars has been working toward his mission: to make a world-changing business with robots and electric vehicles. 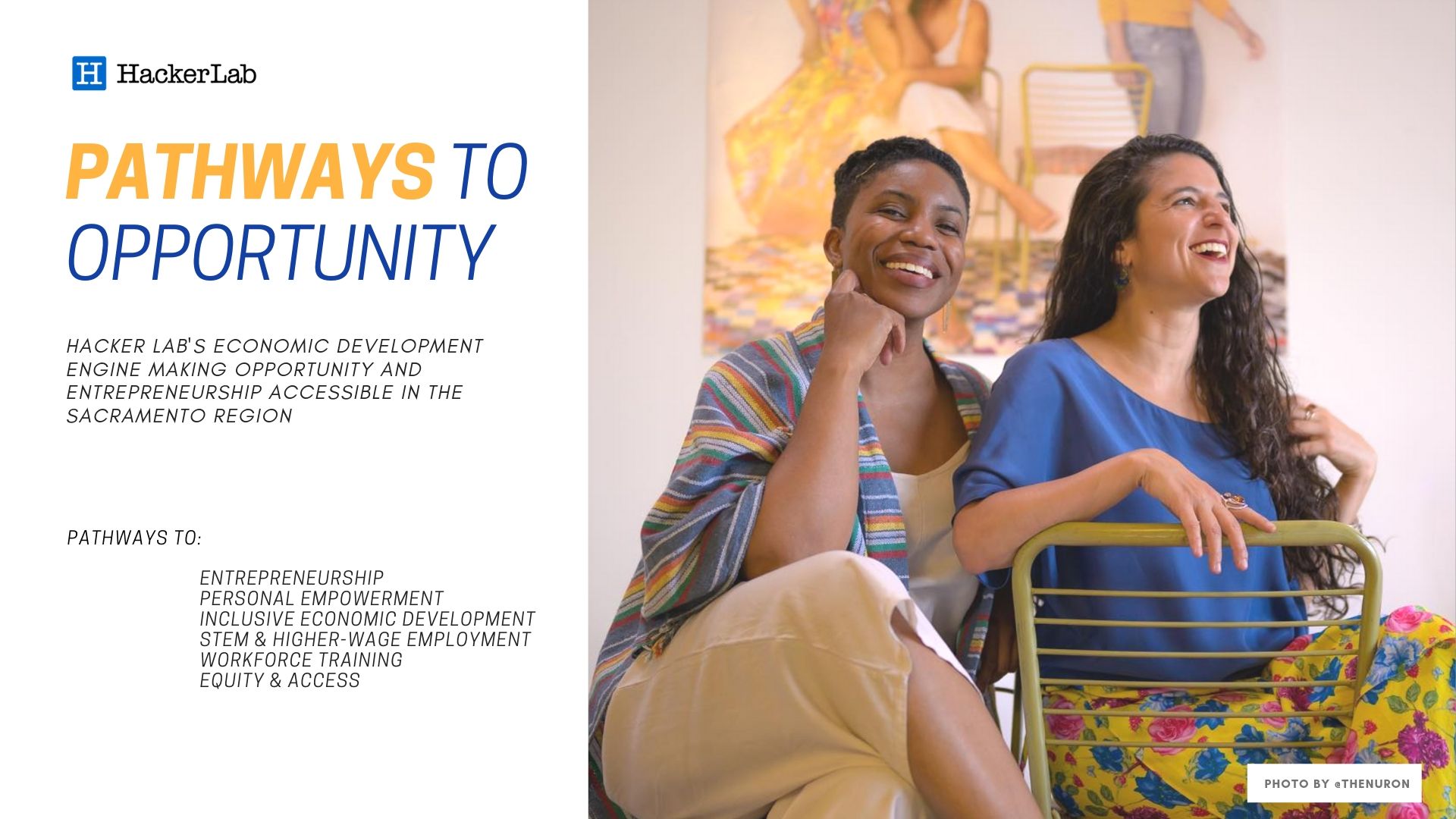 Despite the work of school and taking care of two little ones, Mars has remained motivated. With an initial knowledge of the working machinery and an entrepreneurial spirit, Heather Morrow, Hacker Lab's Pathways program adviser, encouraged him to meet with MakersXD, the charter vendor offering youth classes inside Hacker Lab. 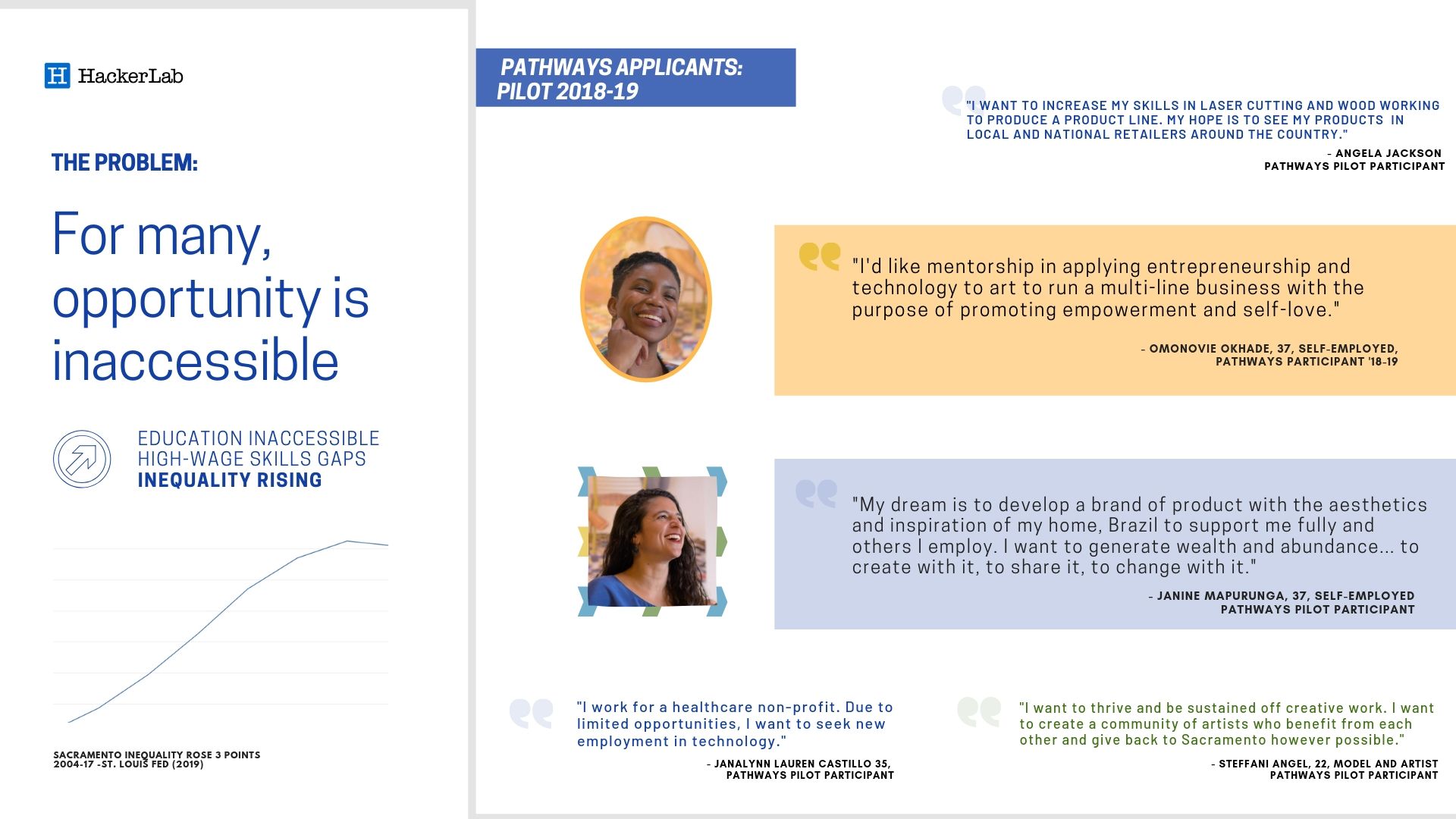 Earlier this month, Mars's eyes filled with light: He found a couple partners ,two youth students who were interested in partnering. With the support of Brannon Harris, MakersXD teacher, they are starting to make transportation robots to carry members’ and guests’ belongings to their seats.

This is just one of the stories that have emerged from Hacker Lab's Pathways scholarship program for low-income dreamers, builders and artists interested in joining a new field, starting a business or going to college. The first cohort began last fall with the support of the City of Sacramento, Kaiser Permanente and SMUD. Hacker Lab applied for the City's RAILS grant program to: 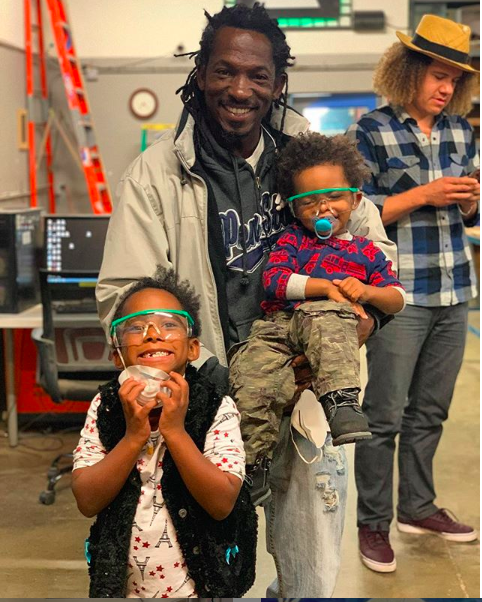 Sacramento is now an entrepreneur's dream. High-income transplants and developers see value here. However, the opportunities should be available to all. A place where anyone can do anything — that’s Sacramento. 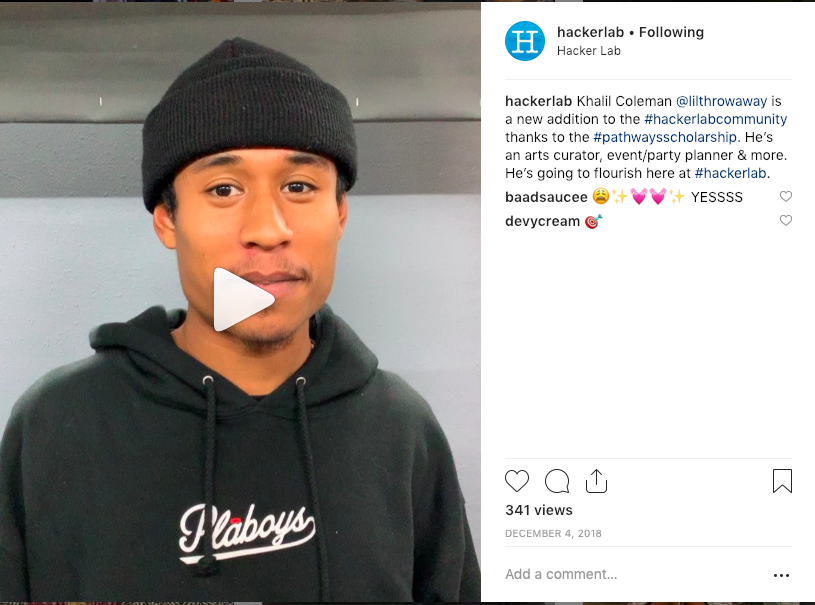 This is the power of Pathways: Empowering residents of the region to take meaningful steps toward their dream. Forming meaningful connections. Building community. Connecting underserved communities to vital resources they deserve the most.

Learn about some other projects Pathways members are working on and sign-up for the next cohort below: