With a mentorship event hosted by Hacker Lab on May 10, Aguilar spoke about the people who helped him from a fascination with computers to an all-expenses-paid trip to Facebook's F8 hackathon.

Picture this: It's your job to save a life. People are yelling. Your patient needs CPR. Someone else normally should type up documentation, but you're short-staffed. You work the problem.

Welcome to trauma nursing: Hacker Lab member Josh Aguilar's job before he went go on to build systems that make other trauma nurses better, teaching himself to code after a year and a half.

Connect with a mentor and go from idea to prototype

Join a SPECIAL speed mentor connection session to pair up with professionals to accelerate your journey.

Aguilar left the healthcare industry at UC Davis after working in high-needs hospitals. He learned from communities of coders online and in Sac, built web apps, won the local site of a Global Health Hackathon and, last weekend—compete at Facebook.

“I thought, 'How could would it be to show a sign to your computer so it could document stuff for you?'” Aguilar said, explaining the app that won School of AI's first Global Health Hackathon hosted at Hacker Lab on March 30, which could award Aguilar $10,000 prize if his project wins globally. Judging happens this week.

“What if you were a provider and could shake your hair a certain way and it does something? You could train it to do whatever you want," Aguilar continued. "How cool would it be to put AI in the hands of regular people?" 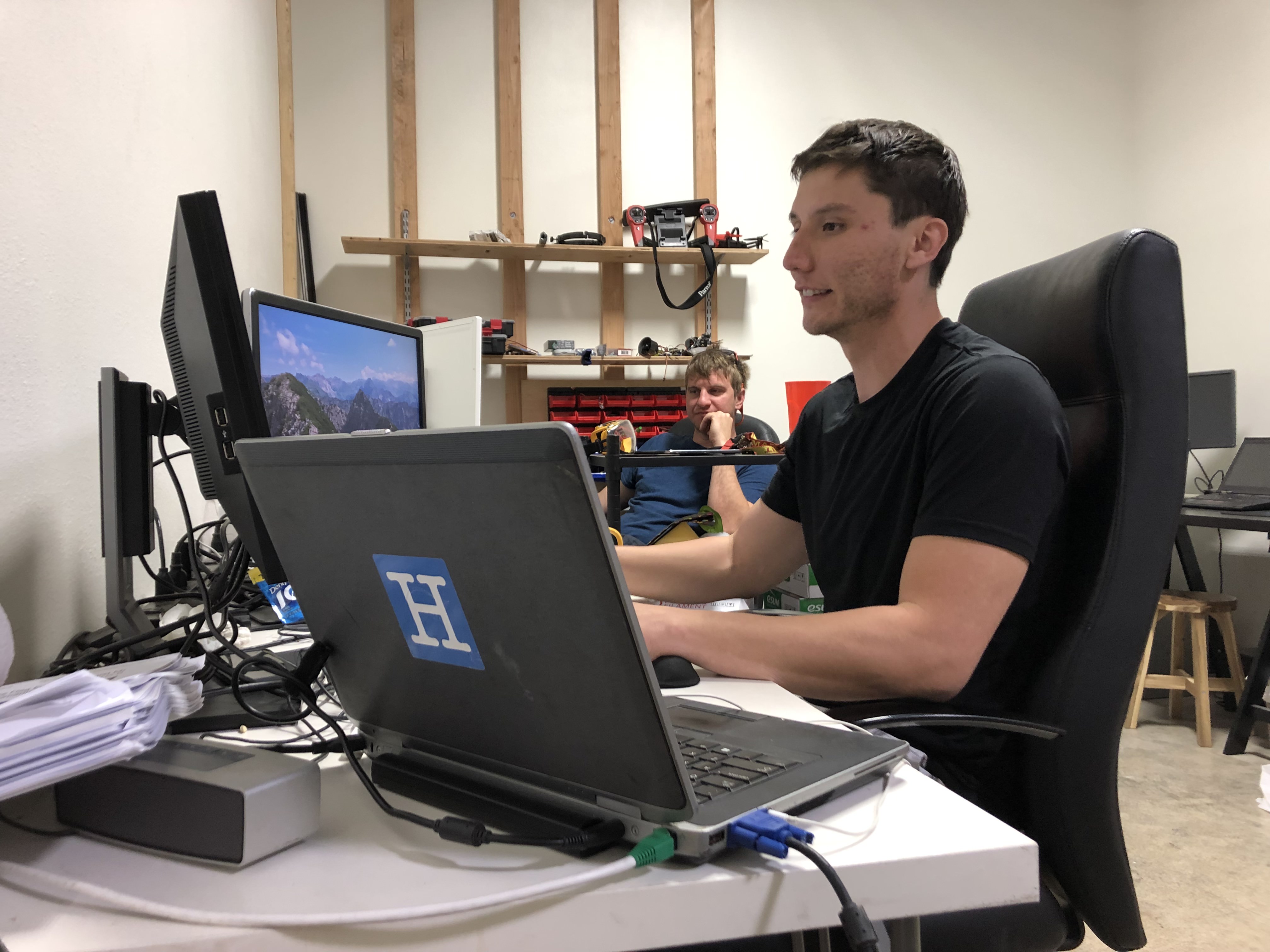 With a mentorship event hosted by Hacker Lab on May 10, Aguilar spoke about the people who helped him go from a fascination with computers to an all-expenses-paid trip to Facebook's F8 hackathon.

“Angel from the cloud: It was someone off Reddit... whom I still haven't met.”

In early 2018, Aguilar began searching for local coding resources after working seven years in nursing, moving from pediatrics to trauma nursing. Someone off Reddit pointed him to a meetup at Hacker Lab. 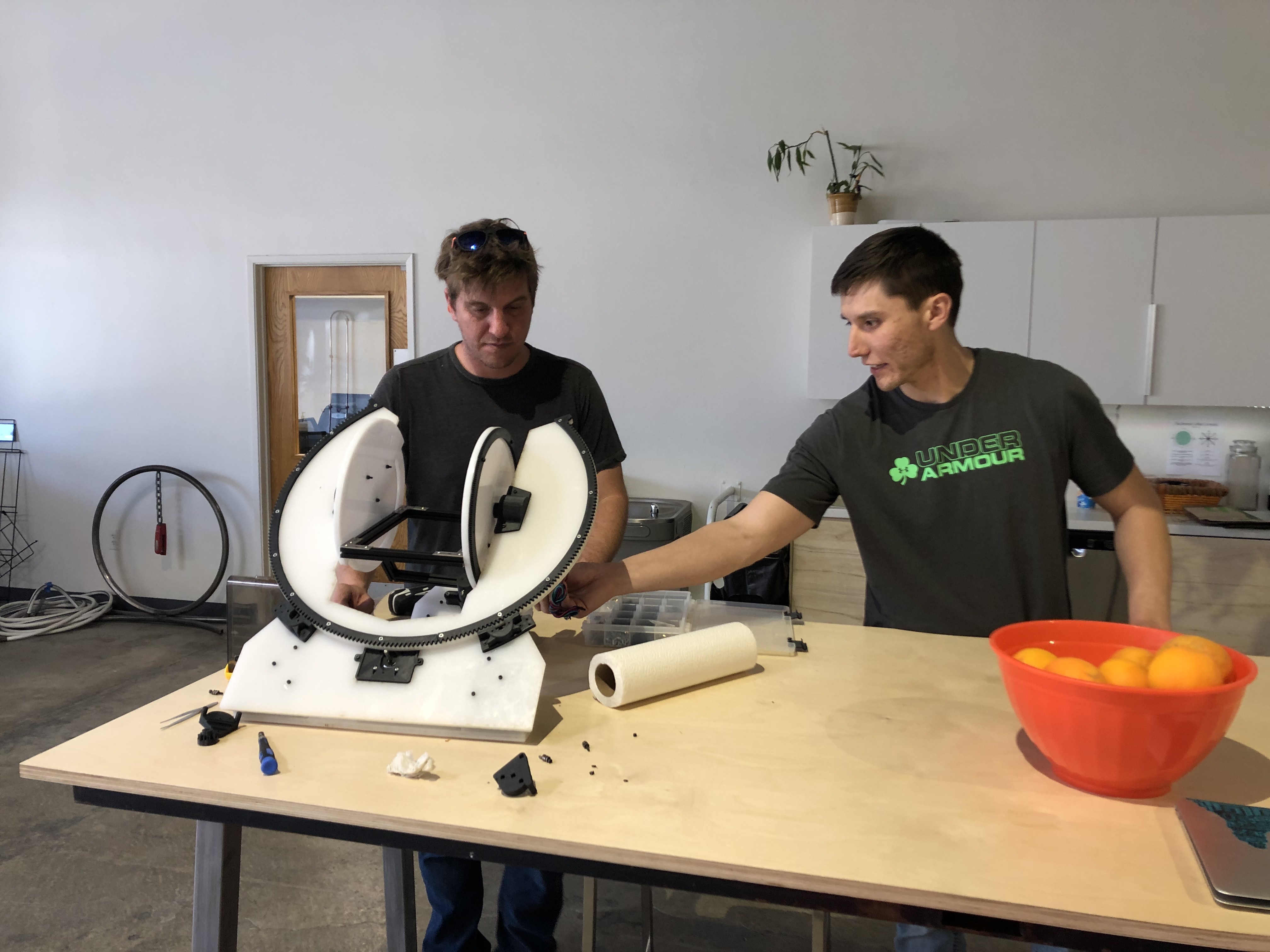 “I think it was Heather's first day. I signed-up immediately and remember thinking, 'Yeah, this is what I need,” Aguilar said.

“I would pretend this is a job and took multiple Udemy and edX classes. I would spend every day at the Hacker Lab,” he said. He worked in coworking until going in on an office

with an AR-couch company cofounder and a software engineer. 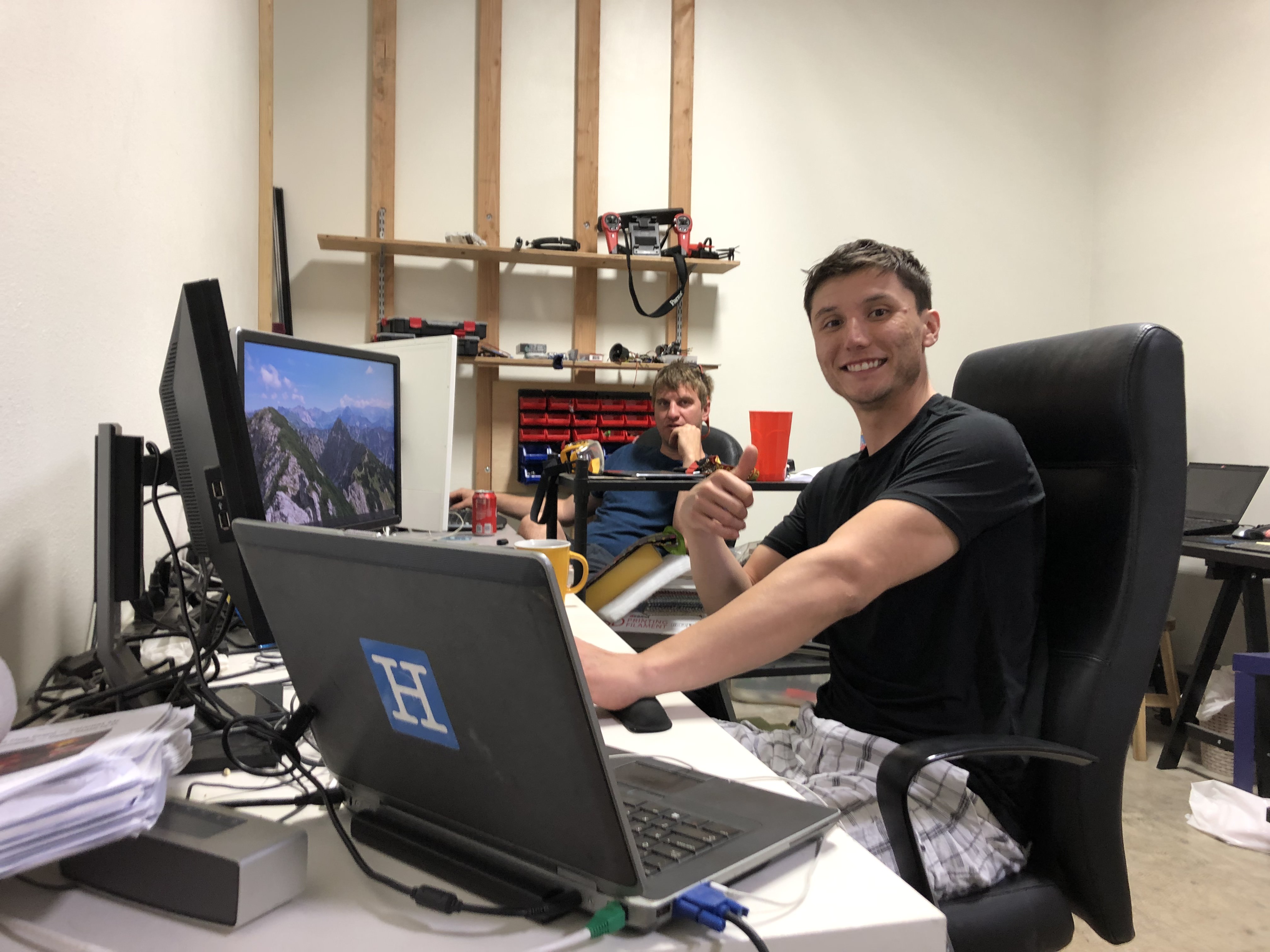 Through freeCodeCamp, Aguilar met Rex Schrader, an electrical engineer at HP who would help Aguilar deconstruct problems in a weekly Google Hangout.

Now, Aguilar is returning the favor.

“I stitched together my community of support. Now I'm a moderator for freecodecamp and started tutoring them for free. I'm mentoring one person now, do tutoring on Wizam and began hosting an algorithms meetup here,” he said.

The mentorship event on May 10 will bring 10 mentors to Hacker Lab's space in Rocklin, powered by Sierra College. The public and Hacker Lab members are invited to bring problems and ideas.

Aguilar checked three monitors while making a friend's wedding website. “Dude, do you know why those photos were showing up weird?” he asked Rob, his neighbor, explaining a javascript-load error.

Aguilar joined in March last year, finding community after living in a studio. He hauled in a screen and bounced ideas off people.

“Saying you don't know helps a lot more than pretending you do and trying anyway,” he said.

He advised building immersion and to stick past the second or third month.

“There's this weird cliff from basics to a seasoned dveloper,” Aguilar said. “I wasn't making any money, wondering if I just wasted my past three months; but I still felt like I was progressing, constantly making a little progress over time.”

“The most valuable thing you can do in a meetup like this to learn some fundamentals before coming. See where you get stuck,” he added. “The problem with people learning to code is they're looking for a magic education bullet. The only answer is spending time with it.”

Aguilar had programmed a small amount as a kid and fixed computers, but had never written programs. To teach himself, he coded all the freeCodeCamp projects: pong, calculators, quote generators, weather machines; built his own portfolio; and picked-up projects for other people, including an older artist who needed a site to put her art.

“I gave her a really good deal. People can't afford that much and I just enjoy doing this,” he said.

Aguilar saw the sign on the wall announcing School of AI's healthcare-focused hackathon, held to promote innovation in how doctors provide services.

He joined a team of six, most who were new. The initial problem was four datasets of respiratory rates, skin images and other big files — over 40 gb of data.

Aguilar had competed in three hackathon's previously and “got womped in two of them,” he said. “I decided not to use that dataset. I decided to build an app that gets the data from you or me.”

Demonstrating the app, Aguilar waved his hand in front of the camera and “100% trained” printed on the screen.

“We're training the comuter to recognize faces and so when someone comes onto the screen, it decides whether medication is administered or if advanced cardiac life support has started,” Aguilar said.

Aguilar wants to continue the idea, and can't improve upon it until they announce the global winner.

Next was Facebook's F8 hackathon and developer conference, which Aguilar found out about through online communities he participated in through coding. This year's theme is sustainability.

“I was going to sleep in my car, I've done this before,” he said, saying what he told them. “But they said they would buy a flight and everything.”